Finding Nemo: The Big Blue... and Beyond! 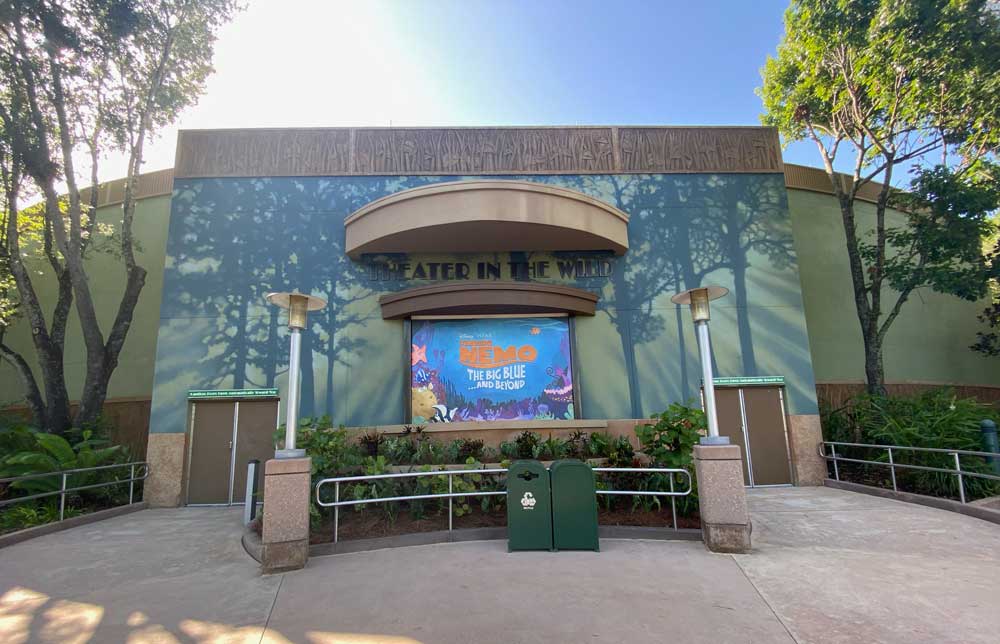 This underwater adventure is a reimagined retelling of Disney and Pixar’s Finding Nemo: The Musical, which debuted at the theme park in 2007 and ran for more than 13 years. As in the original production, Marlin and Nemo each go on a separate journey that ultimately teaches them how to love and understand each other better. Except in this algae-friendly adaptation of that beloved tale, the storytellers are a group of fish living at the Marine Life Institute.

The "Theater in the Wild" has been transformed into the undersea world of Marlin and Nemo. Through the use of puppetry, acrobats, dancers performing against an animated backdrop, "Finding Nemo" comes to life. Before the show even starts, you'll start hearing children yelling "Nemo!" and you can look up to catch a glimpse of Nemo swimming through one of the plastic bubbles on the side of the stage. It's a great way to get the kids interested in what's coming.

The show takes place in an air-conditioned theater, so it's a great way to get out of the heat for a little while. Plan on getting in line around 1/2 an hour before the show starts, as it is very popular and will fill up quickly. As shown in the photo above, the characters are puppets and are voiced by the actors controlling them. There is plenty of singing and dancing and should easily keep kids entertained during the whole 25-minute show.

Some of the most respected names in theater have collaborated on this stage show. The 14 original songs are composed by Robert Lopez, Tony Award winner for Avenue Q, and his wife, Kristen Anderson-Lopez, noted for the a cappella musical Along the Way. The opening number 'Big Blue World' is also featured at Epcot's 'The Seas with Nemo and Friends'. Crush and his Aussie buddies perform 'Go With the Flow.' This upbeat number pays homage to the surfin' songs of the '60s.

The puppets for Finding Nemo: The Big Blue... and Beyond! were designed by Michael Curry, creator of the amazing puppets for Disney's Broadway smash hit, The Lion King. The oversized sea creatures include Crush who is the size of  a VW Bug and the incredible 22-foot-tall Nigel the Pelican. 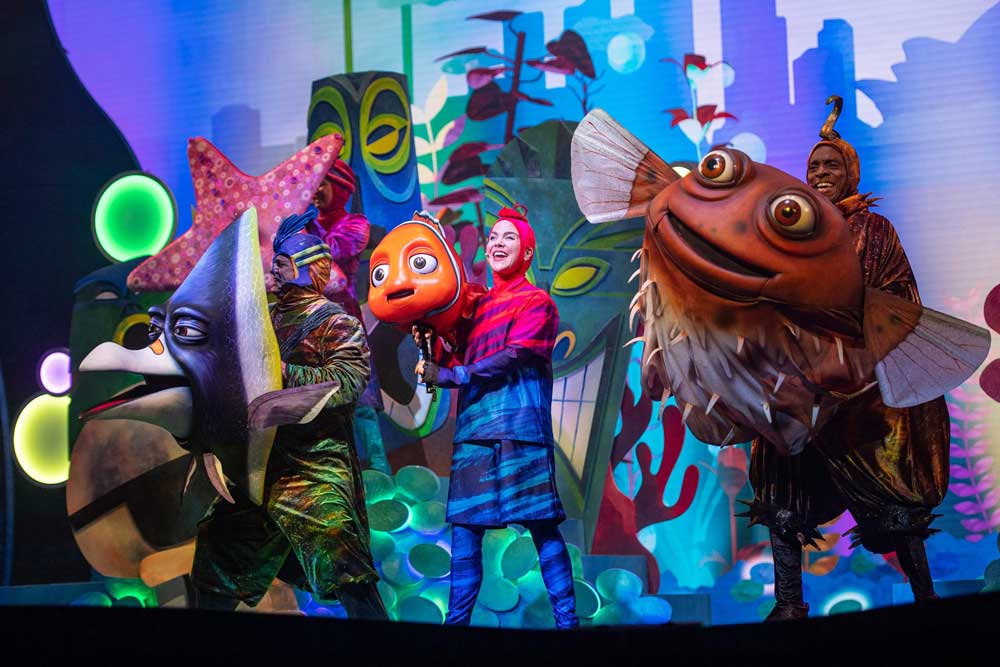 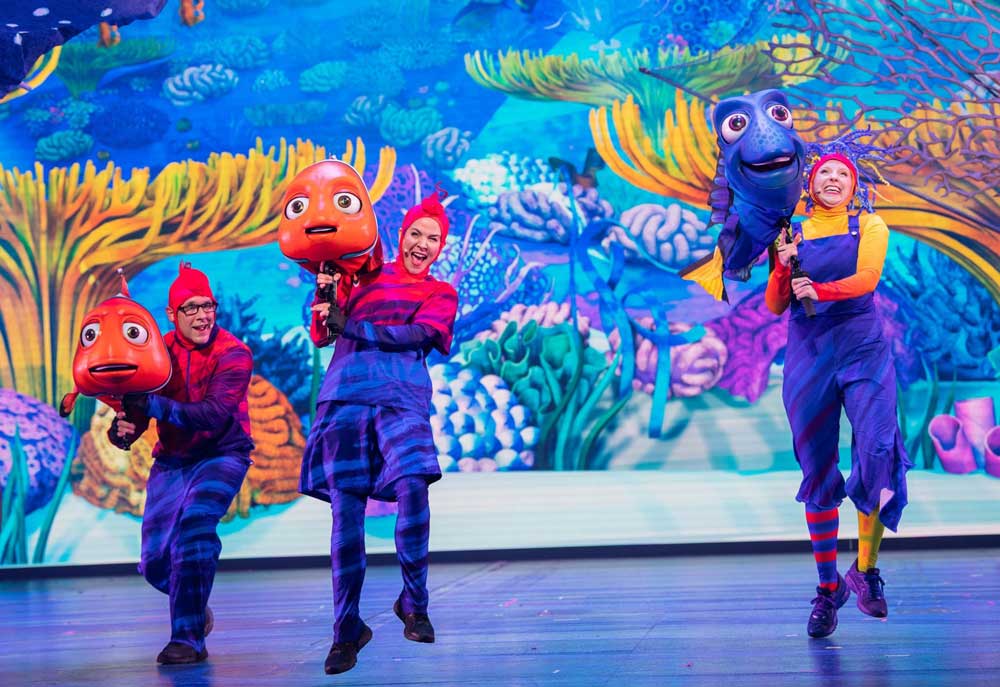 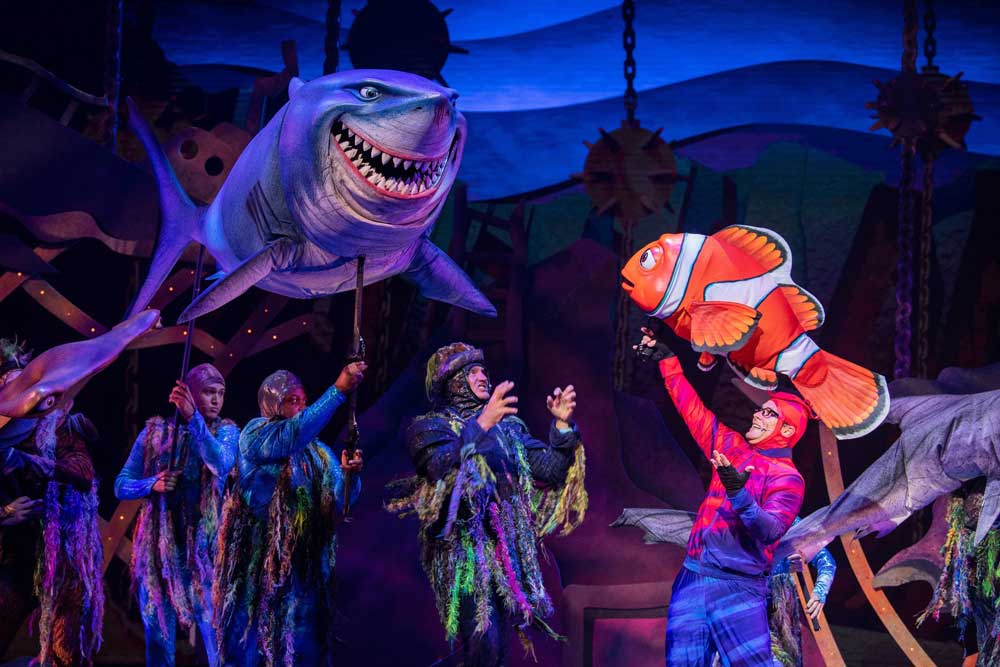 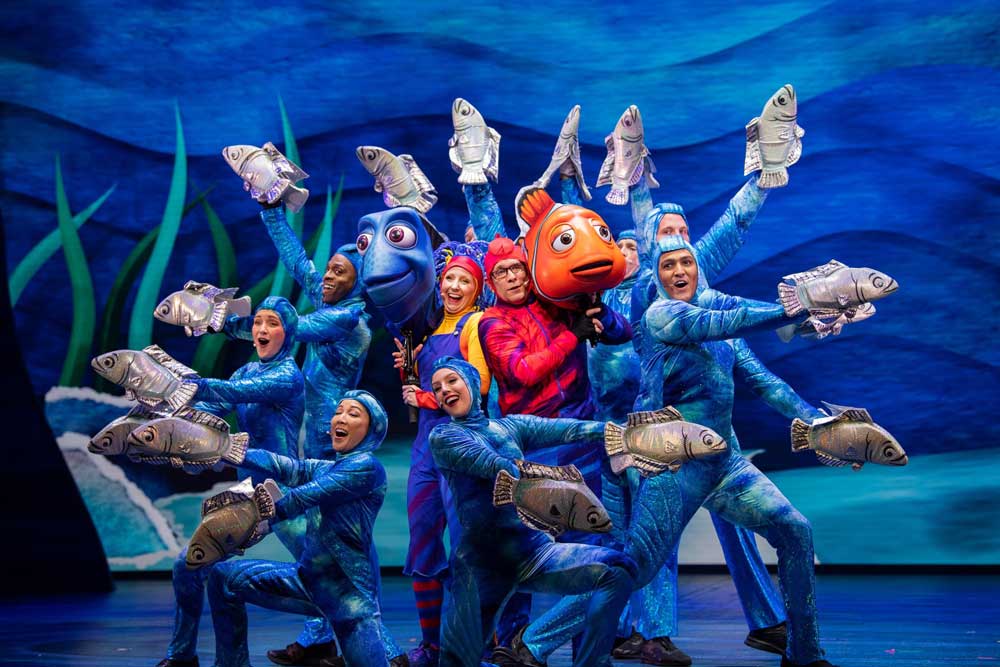