Beauty and the Beast Stage Show 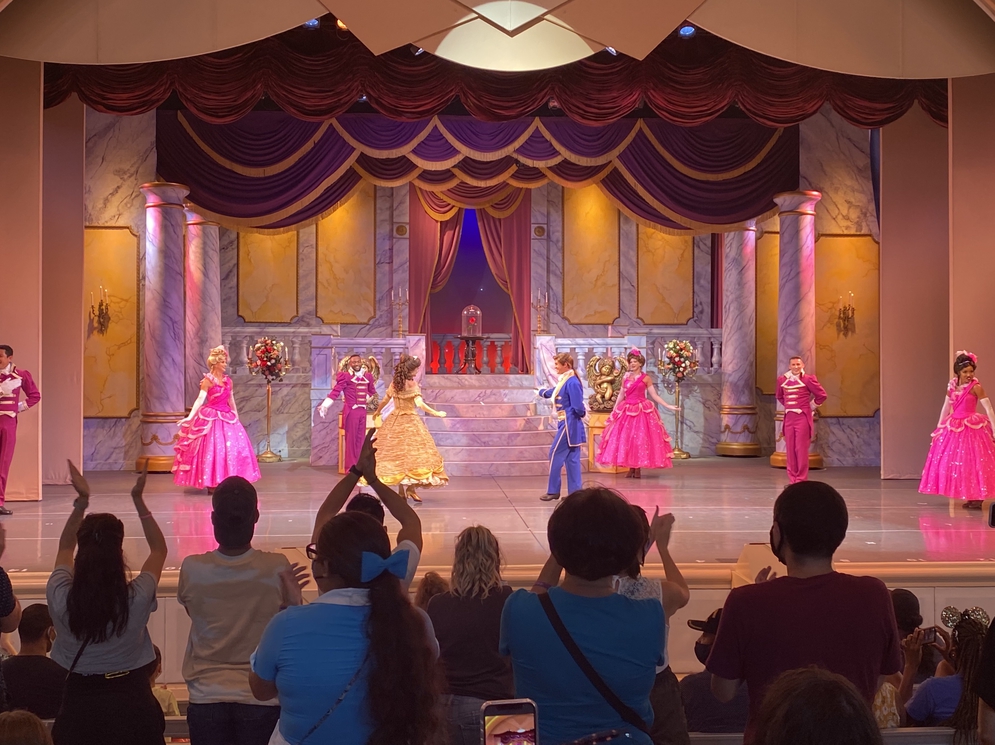 The Theater of the Stars is home to this spectacular mini production of the hit movie, Beauty and the Beast. Guests are able to enjoy the top notch singing, choreography, dancing, sets and the spectacular costumes, in a canopy covered outdoor amphitheater.

This production recreates some of the scenes from the movie. A standout number is 'Be Our Guest.' The romantic finale finishes with the dramatic effect of the release of white doves.

Music: Songs from the Broadway musical Beauty and the Beast (music by Alan Menken and lyrics by Howard Ashman) are performed during the show. They are listed alphabetically by title and do not necessarily represent the order of presentation. You will hear the following songs from the Disney animated feature film: 'Be Our Guest', 'Beauty and the Beast', 'Belle', 'Gaston', 'The Mob Song' and 'Something There.'

This is a popular show but don't worry if line-ups are long, the theater holds 1,500 people so once the gates open, lines will diminish quickly. It is held several times daily, so you should be able to find a show time that works for you.

Handicapped Accessibility: For guests with hearing impairments, assistive listening devices may be used here, check at Guest Services for more details. The show is wheelchair accessible. 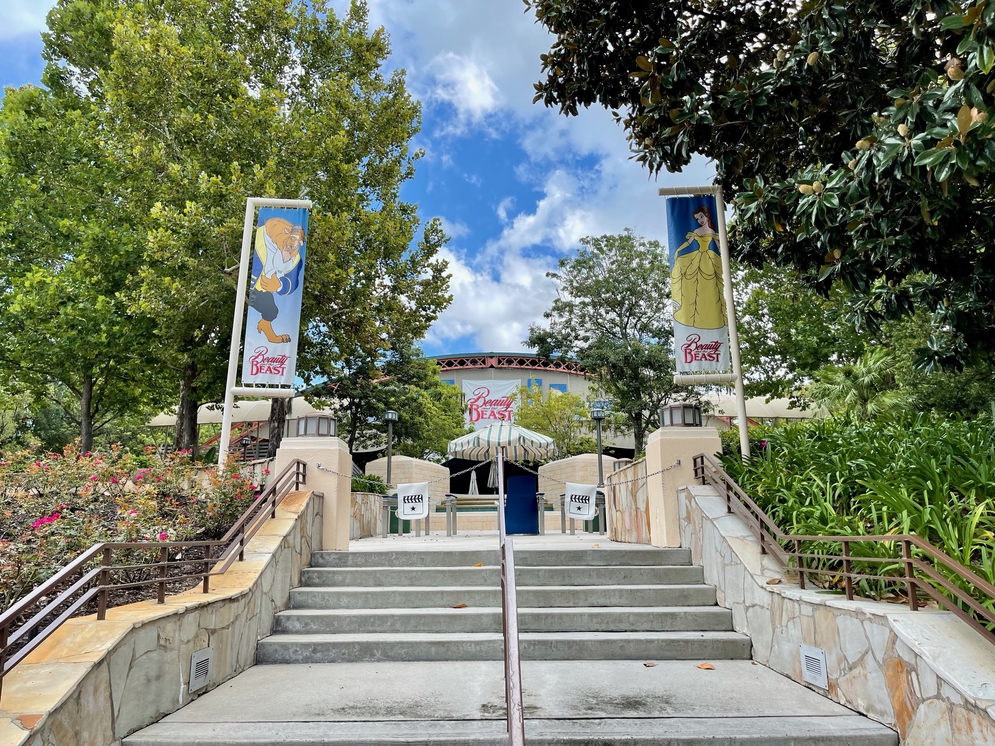