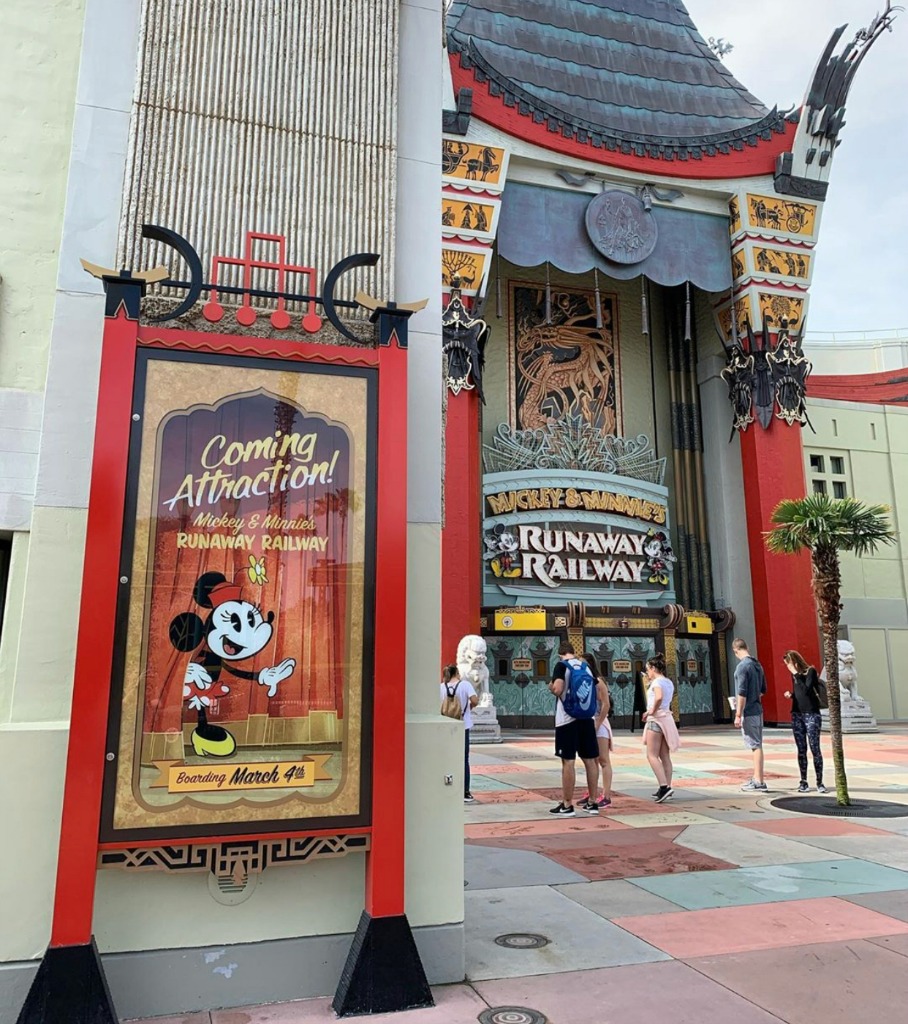 Mickey & Minnie’s Runaway Railway is now open and takes guests inside of a Mickey Mouse cartoon short, where anything can happen aboard a train ride through Runnamuck Park. 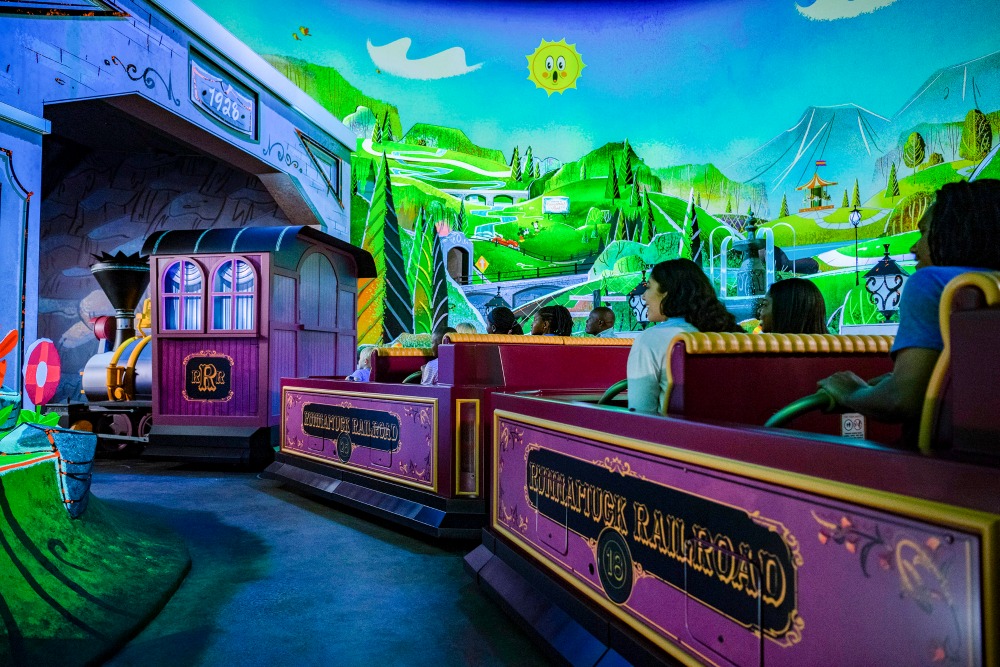 The attraction's marquee was created with real, hand-crafted neon getting its inspiration from the extravagant made-for-the-movie marquees that were custom designed for the premieres of epic films in the mid-20th century. It also connects to the design and glamour of the Chinese Theatre and Hollywood Boulevard, the main thoroughfare through the park. 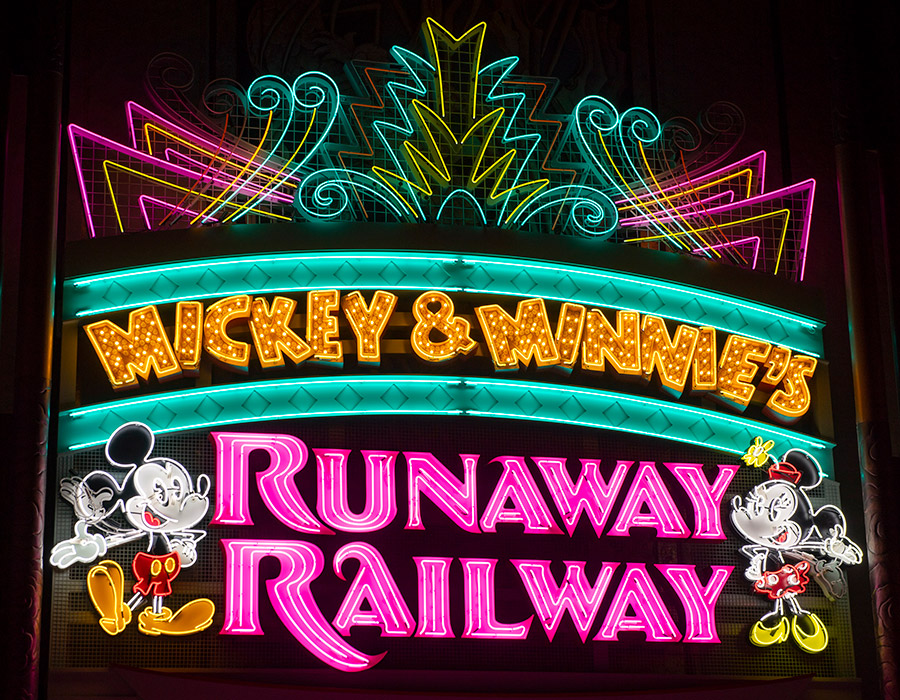 Mickey & Minnie’s Runaway Railway brings guests right into the world of an animated Mickey Mouse short – A Flower for Minnie was used as an inspiration.

A new theme song made specifically for the attraction is also featured. On the ride, Goofy will act as the engineer. There are more hidden Mickeys in this attraction than any other Disney attraction or area in the world!

You'll ride through a colorful carnival scene with some familiar friends. 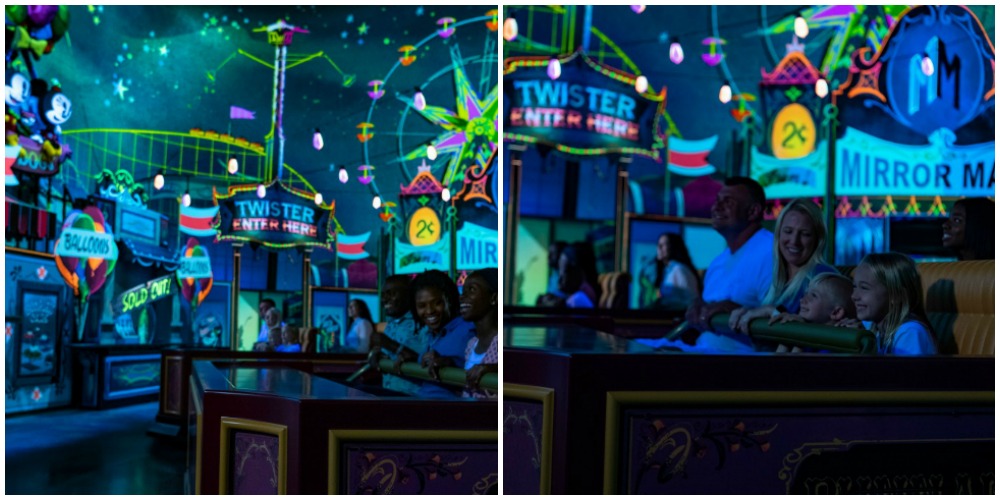 Mickey and Minnie end up underwater – along with you – after going over a waterfall because remember, anything can happen where Mouse rules apply! 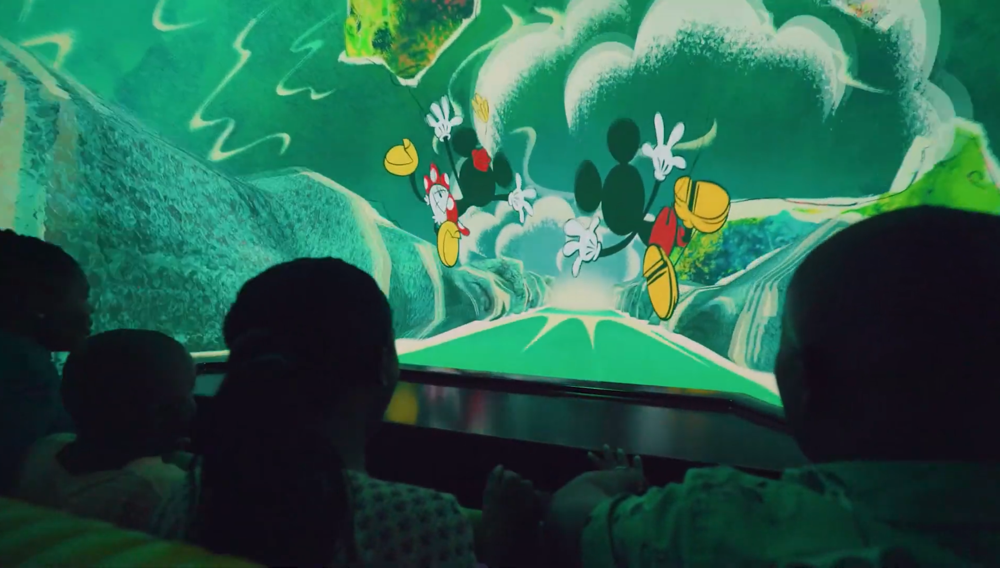 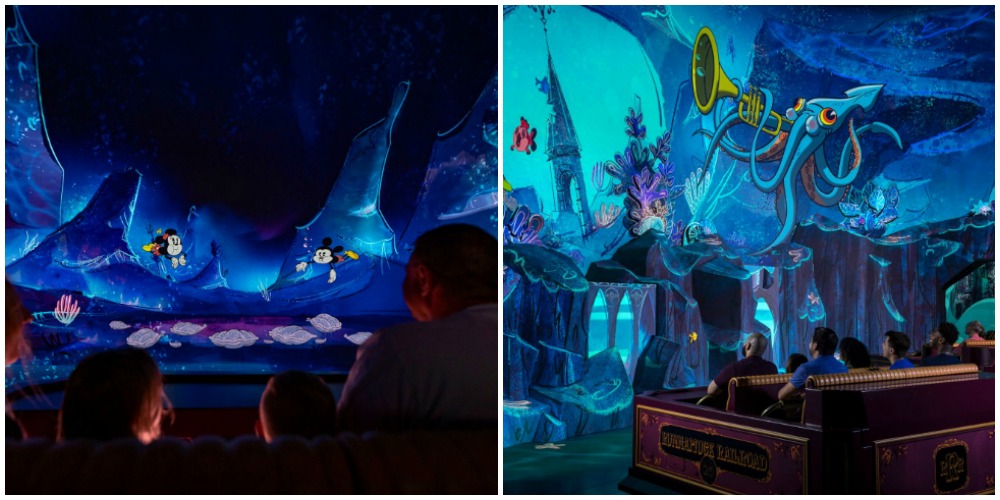 The city is a busy place – be sure to look around for hidden gems throughout this scene and all the others, too! 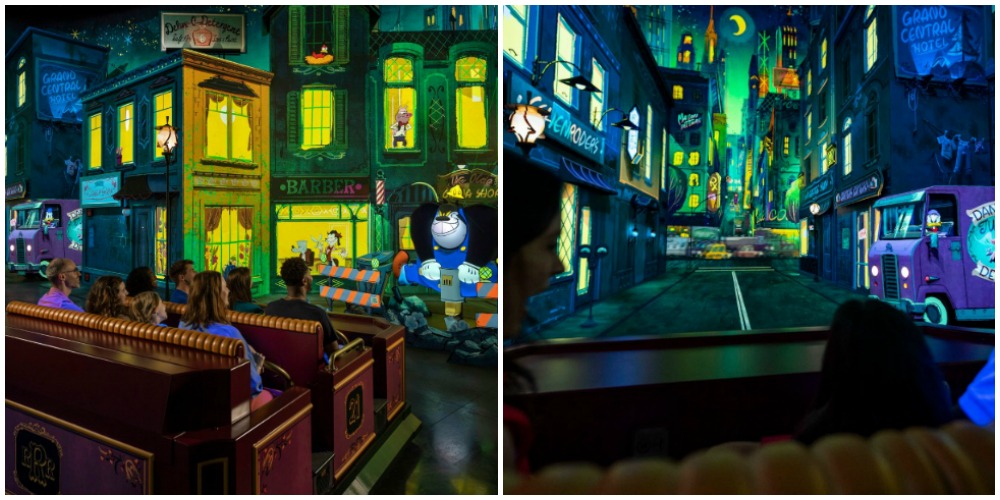 In order to prepare the new home of Mickey & Minnie’s Runaway Railway at the Chinese Theatre in Disney’s Hollywood Studios, The Great Movie Ride presented by Turner Classic Movies closed on August 13, 2017.

Throughout the queue, guests can enjoy a series of poster art of award-winning shorts that might have previously premiered at the Chinese Theatre – all created specifically for the attraction by Walt Disney Imagineering and Disney Television Animation. 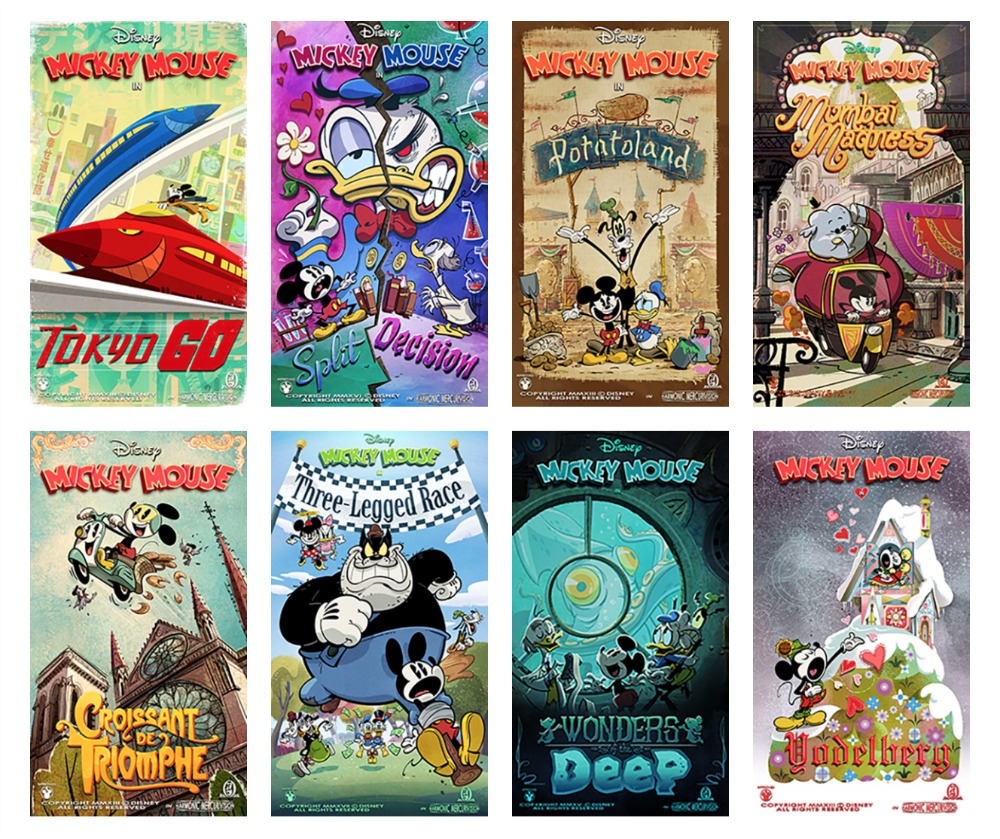