The night time spectacular is narrated by the voice of Jiminy Cricket and the Blue Fairy. Guests of the Magic Kingdom are told a thrilling "story in the sky" featuring hundreds of brilliant pyrotechnic effects exploding above and around Cinderella Castle. 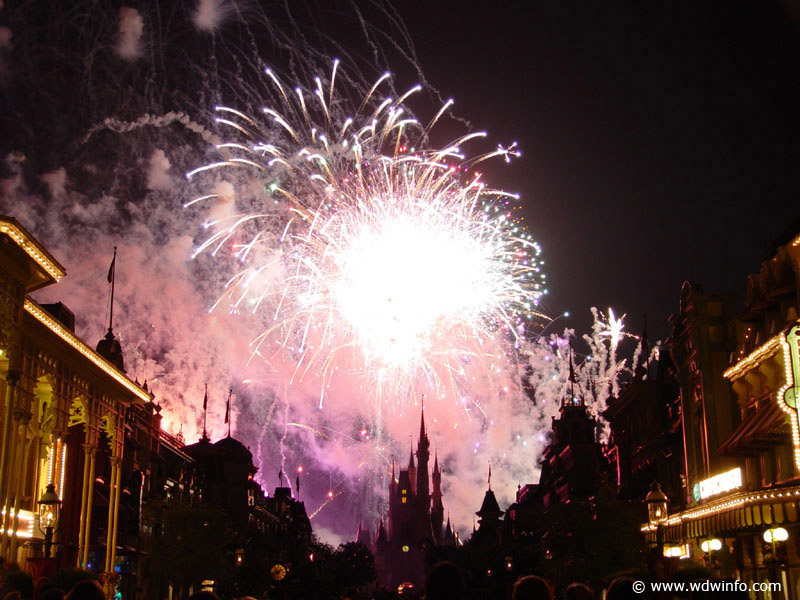 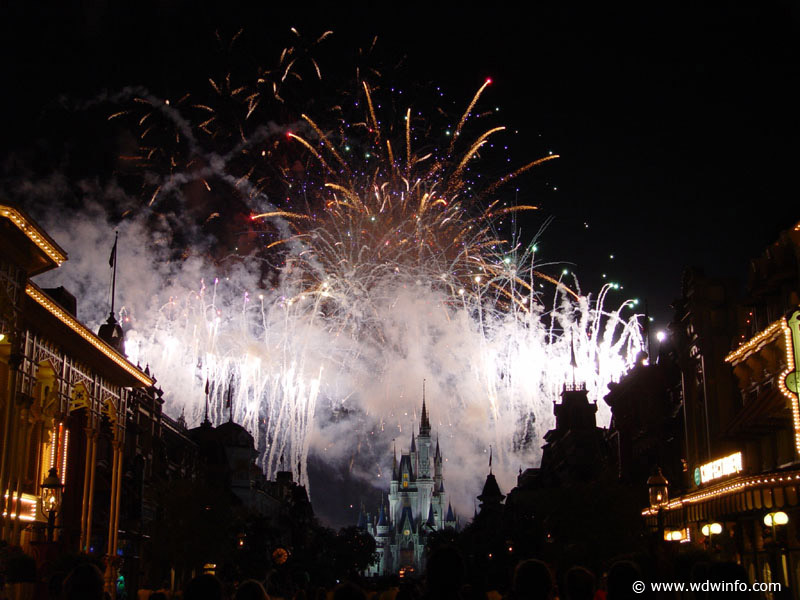 "Wishes" is roughly five minutes longer and several times larger than the long running fireworks show "Fantasy in the Sky," which was previously being shown at the Magic Kingdom.

The Storyline.
"Wishes" With the use of classic Disney songs and well know Disney character voices, guests will be told a story about making a wish come true, accented by using timely choreographed fireworks.

The Cast of "Wishes" features the voices of:

The Crew that created "Wishes"

The Music used in "Wishes"
In addition to Gregory Smith's original theme, which is based on the children's nursery rhyme "Starlight, Star Bright," the score for "Wishes" contains portions of 12 songs from 10 classic Disney animated features:

The Fireworks
"Wishes" uses several new locations around the Magic Kingdom for launching fireworks that create brilliant bursts of light around Cinderella Castle. The show features new pyrotechnic effects never seen before in a Disney theme park, including several developed especially for this show:

The show's "wishing star" will crest approximately 100 feet above the castle's bright spires.
The Blue Fairy is represented with a spectacular star-shaped shell that "paints" each wish high in the sky with starlight.

"Wishes" was created in honor of the launch of "Magical Gatherings", a celebration of the magic that occurs when friends and extended family members gather at the Magic Kingdom at Walt Disney World Resort in the months to come. The show is designed for a heart-tugging spectacle in the sky that will create lasting memories for everyone to take home with the

This site is not affiliated in any way with the Walt Disney Company or any of its affiliates or subsidiaries.
This site and the information contained therein represent the opinion of the webmaster.