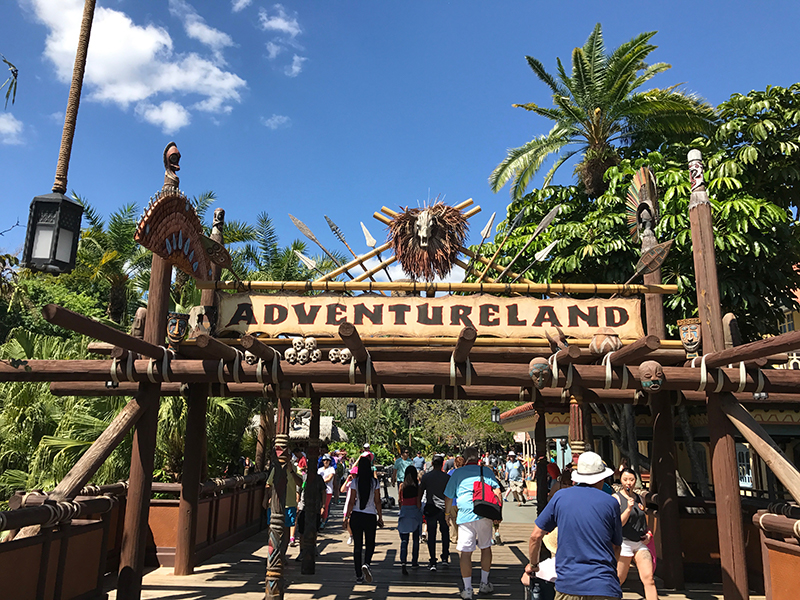 Adventureland is hard to describe. It's part jungle, part tropical island and there's a desert oasis thrown in as well.

From Main Street, U.S.A., you enter Adventureland by crossing a wooden planked bridge. One thing you notice about this section, the walkways where you first enter tend to be narrow and congested. It's easy to overlook the authentic landscaping as you're kept busy avoiding strollers and other guests. You'll probably walk right by the Swiss Family Treehouse.

Fortunately, Adventureland has two of the Magic Kingdom's most popular attractions; the Jungle Cruise and Pirates of the Caribbean. This makes up for that treehouse and the Enchanted Tiki Room. There's also The Magic Carpets of Aladdin which is basically Dumbo turned into a flying carpet. 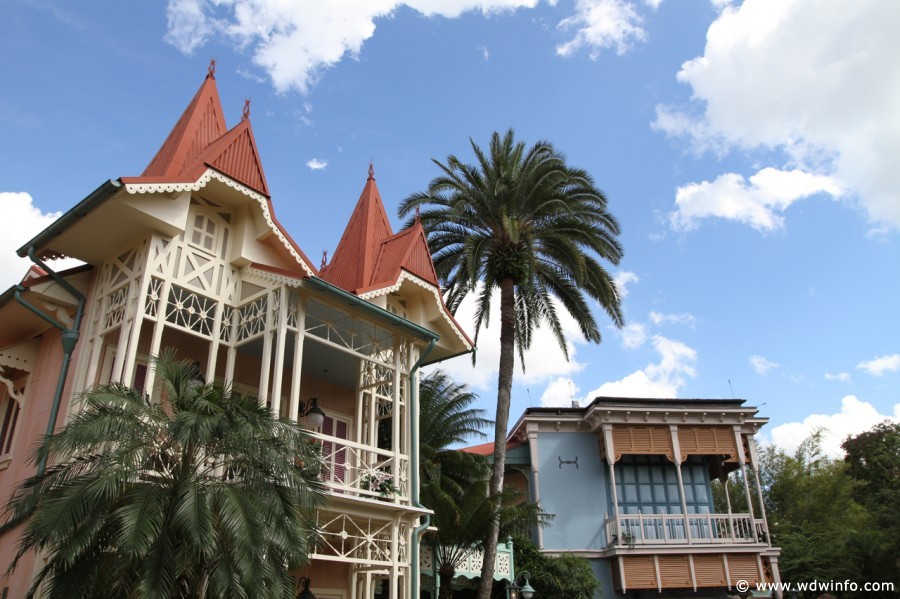 A Pirate's Adventure: Treasures of the Seven Seas is an interactive game in which guests will use pirate maps and "magic talismans" as they compete to become members of Captain Jack's pirate crew. There are five different 20-minute missions to complete, such as searching for Treasures of the Seven Seas and fighting off pirate enemies. If they fail, they will be left to face the enemies alone without their crew.When guests complete each pirate raid, they can get a Collector Card reward at Pirate Headquarters. An additional card will be given when all five raids are completed.

Arguably one of the best features at Adventureland is the Aloha Isle. This is one of the only spots in all of Walt Disney World where you can purchase the very popular Dole Whip soft serve pineapple flavored ice cream (the other is at the Pineapple Lanai located in Disney's Polynesian Village Resort). Be warned, this stuff is addictive.

Other refreshing fruit-flavored treats are on the menu at the Sunshine Tree Terrace. Be on the lookout for the Orange Bird mural near this dining location – it makes a great photo op! 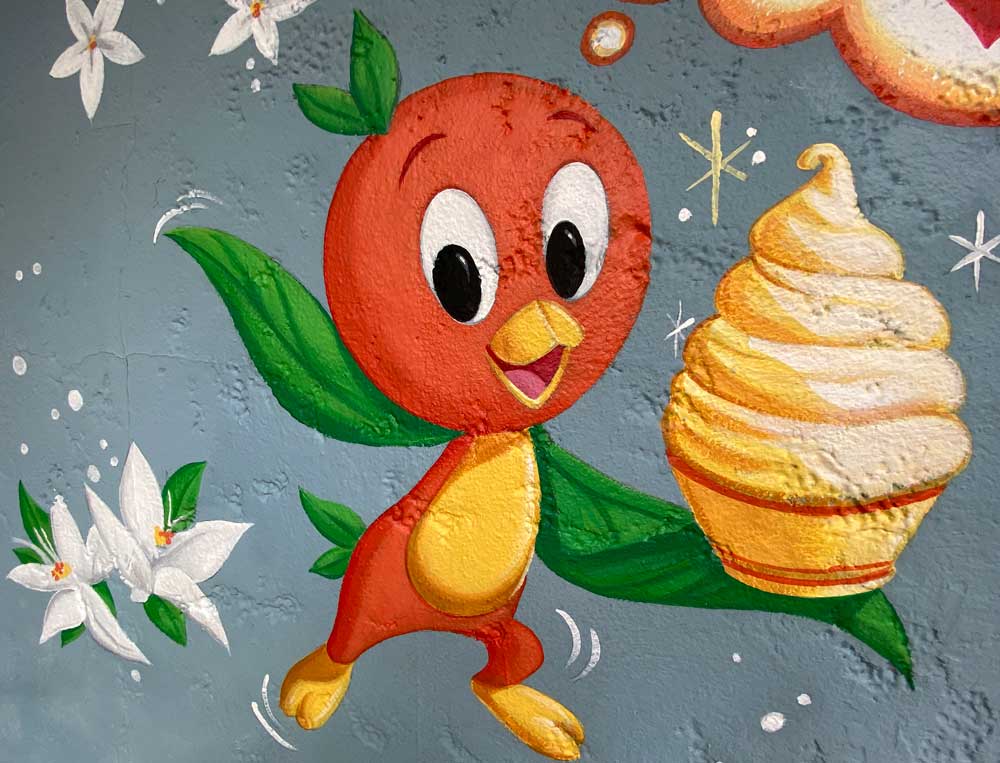 As you can see, Adventureland is sort of a mishmash of themes. You can climb a tree, fly over the desert, explore the jungle, sail on the high seas and visit a tropical island where birds talk and sing. No matter which adventure you choose, it's a fun area to visit.