This new dance party is a high-energy, live show that is inspired by some of the most popular Disney Junior shows on TV, including Mickey and the Roadster Racers, Doc McStuffins, The Lion Guard and the newest hit series Vampirina. The new “Disney Junior Dance Party!” is hosted by Finn Fiesta and a DJ – named Deejay, of course – who will involve guests in all the fun, including live appearances from many favorite characters, fun music from popular Disney Junior shows, and much more.

Handicapped Accessibility: Guests may remain in their wheelchairs for this attraction. 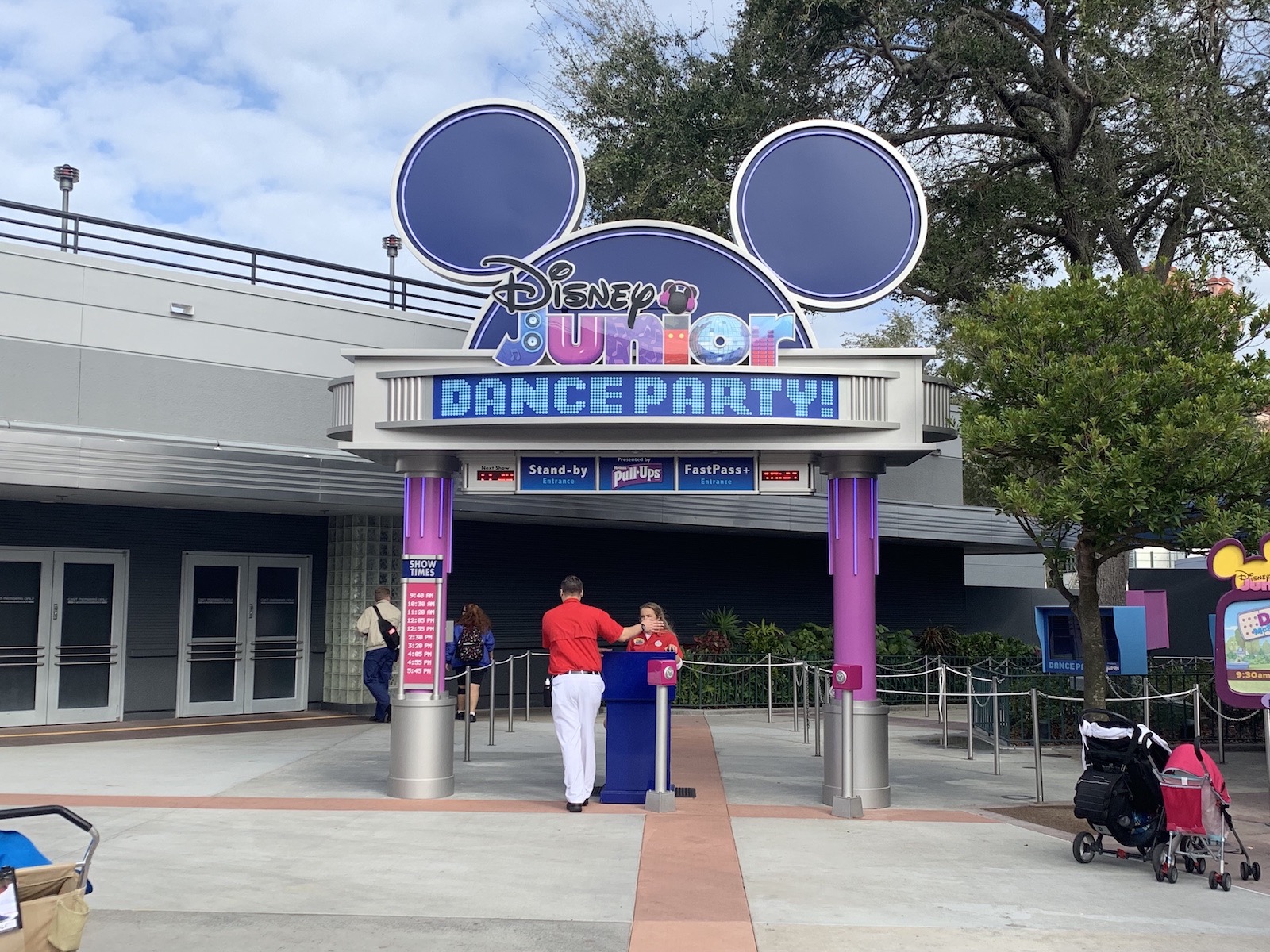 Your favorite Disney Junior characters are available for meet and greets in Animation Courtyard. Times are typically throughout the day until around 5 p.m. (check Times Guide for that day). Currently, you can meet Sofia the First, Vampirina, and Doc McStuffins.